By Mehmood M. Abdi :  For unlike reasons both Union Minister Sunil Dutt and the Holy shrine of Karbala and Najaf in Iraq are in news these days. Dutt for the fortune of finding a birth in union cabinet, which he is worthy of, is making news. Whereas, distressing and lamentable happenings to the holy shrines of Karbala and Najaf in Iraq make them the epicenter of news for TV and print media. However, the association of title “Dutt” with this region of Arabea does not ceases with the current happenings and as per one account it spans over about two thousand years. 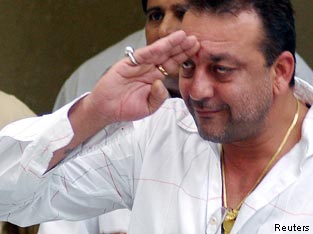 As a lot of interest was generated in media during the first gulf war when Saddam had annexed Kuwait, English Daily from Delhi, The Hindustan Times carried a story about presence of a small tribe by the name ‘Zdutt’ or ‘Dutt’ in and around the city of Basra in Iraq. According to the lore those were the descendents of some warrior cum enterprising immigrants from northern India, perhaps Punjab, who got themselves fully assimilated with the mainstream life style of Basra. They mainly took to trading activities. 6th century AD saw the advent of Islam that largely superceded the unequal and discriminatory social order of the day. Nevertheless, as old habits die hard, the Arab’s scorn for non-Arabs remained and unearthed in discriminatory attitude against ethnic minorities, blacks and migrants.

It was common for Arabs to call non-Arabs the “aJam” (dumb). Signifying that all that  spoken by non-Arabs were languages of no consequence. Like minorities in today’s multi racial societies these groups in those days Arabia too sided with the benevolent and inclusive social alliance during interior strifes. According to one lore these Zdutts or Dutts fought on the side of Hazrat Ali against Muavea son of Abu Suffian in the battle of Siffin. Noted bollywood story and dialogue writer late Agha Jani Kashmiri once said in radio Jayamala (a program hosted to soldiers by film personality) on All India Radio that such people in India call themselves Hussaini Pundits. He particularly named Sunil Dutt as one of that clan . They call themselves so for the reason that their ancestors wanted to help Imam Hussain against Muavea’s son Yazid in the battle of Karbala. But as they got delayed and on seeing Imam Hussain martyred, in frustration they slit their throats with their own swords. It’s believed that a slim mark across the throat is still found on all Hussaini Pundits. I vividly recall having seen such a mark on a small time astrologer Pundit in my childhood in Lucknow. He used to keep his throat always wrapped with an angaucha (rough cotton scarf) and revealed it only to select clients. As the sacred mark was not to be kept unveiled. 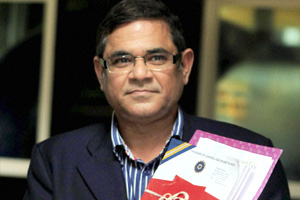